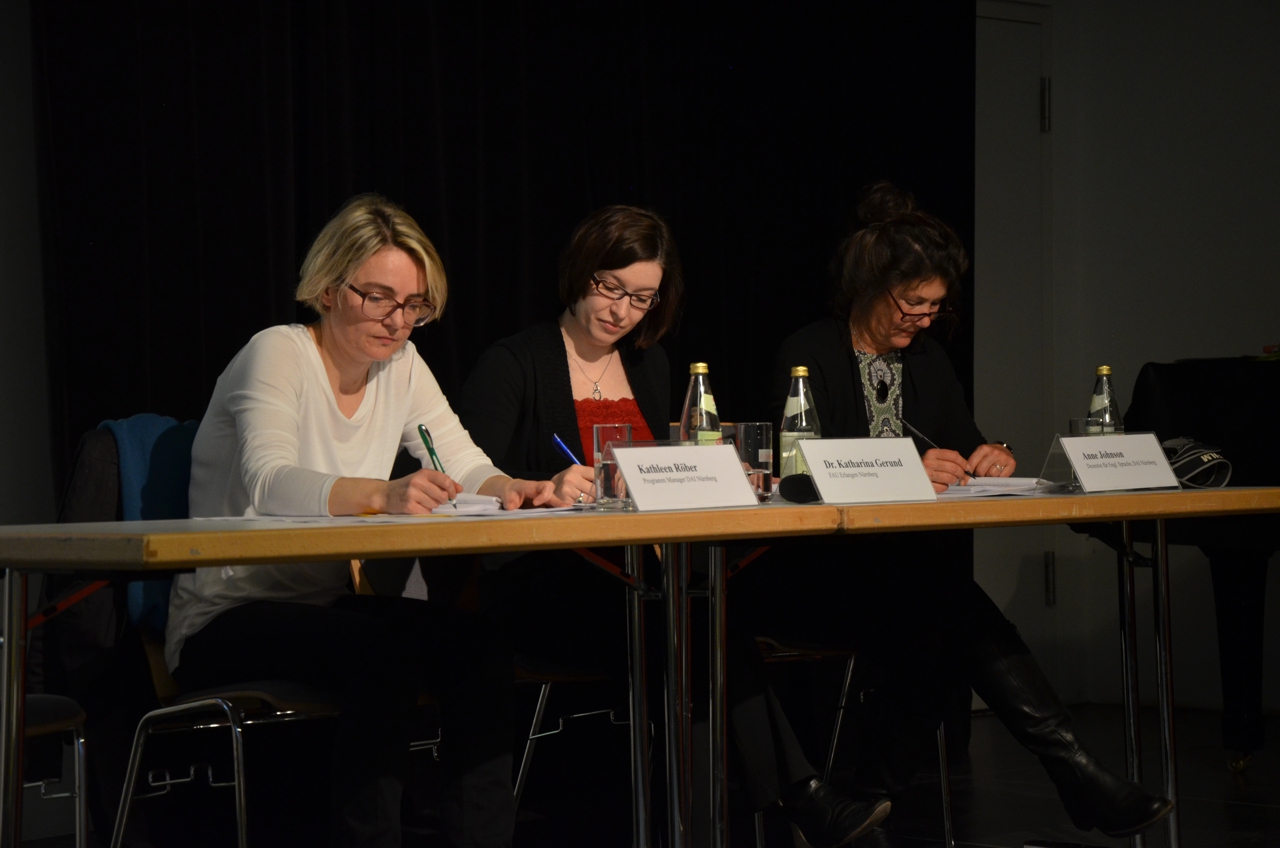 He who comes second is not the first to lose.....

Thanks to Mr Kunkel and our headmaster Mr Bauer who have made it possible for the fourth time, 22 students from our school participated in the „Battle of Books“ 2016!

At this contest, the pupils had to compete with other schools having to answer questions about different books like „Wizard of Oz“ or „Diary of a Wimpy Kid“.On the 16th of February 2016 we started with the train from Schweinfurt to Nuremberg We had just one destination, to achieve the final round, but therefore we had to reach the top 4, we knew this would be a formidable challenge. During the train ride some of us were still preparing the books, nervousness was perceptible. Which questions would expect us?

We arrived in Nuremberg and walked to the venue. Immediately we were dressed with our turquoise competition shirts. Afterwards the contest began. Nobody wanted to disappoint our beloved coach Mr Kunkel. After an exciting preliminary round we reached the final round, we rejoiced when we heard that we were the team with the highest score. After a tough fight in the final round, we lost with a very close 4:6 and reached an amazing second place out of 18 participating Bavarian schools as the best FOS/BOS in the competition.

It was just an amazing day, and all of us were very proud!

Next battle is coming..... :! Hopefully with a team from Schweinfurt...

The team decided to donate their trophy money to the English department so that the team of 2017 could be equipped with the books required for the Battle. Thanks a bunch for this noble deed!

Books to be read: